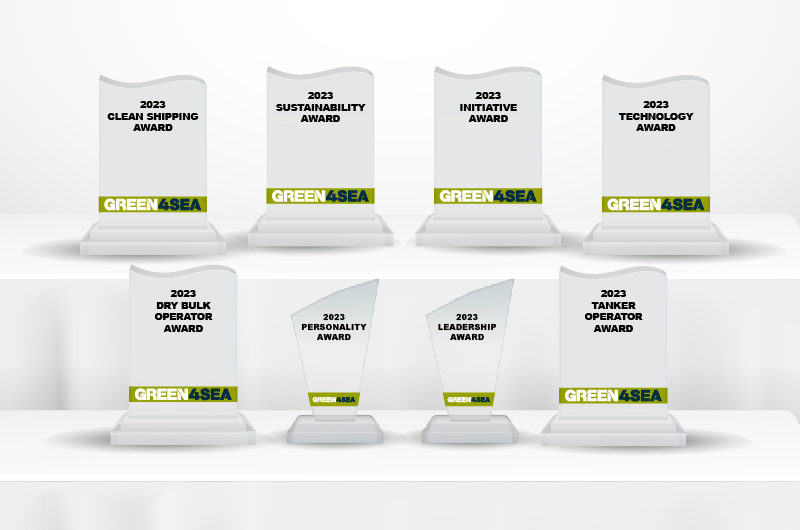 2023 GREEN4SEA Virtual Awards Ceremony due on April the 19th!

In SAFETY4SEA‘s commitment to Environmental Excellence & Sustainable Shipping, we are pleased to announce the annual GREEN4SEA Virtual Awards for eighth consecutive year. On April the 19th, SAFETY4SEA will make public the 8 winners across 8 green categories. The process to be employed is a combination of open nomination and vote from audience and the industry panel of experts while the presentation will take place at a dedicated special virtual event on Wednesday, 19th of April 2023.

GREEN4SEA Initiative Award
Open for nominations to any organization or association that sparked, realised, or significantly contributed with a specific initiative towards greener shipping

GREEN4SEA Leadership Award
Open for nominations to an individual that provided industry leadership and contributed towards greener shipping throughout his/her career.

To submit your nomination, please fill in below form