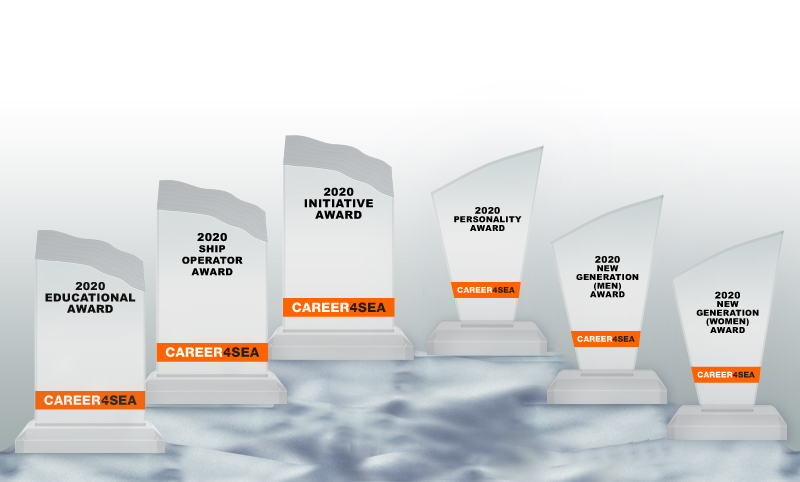 SAFETY4SEA is delighted to announce the CAREER4SEA Awards for the third consecutive year. The process to be employed is a combination of open nomination and vote while the presentation shall take place at the end of the CAREER4SEA Forum, in Athens.

The Award categories are:

CAREER4SEA Educational Award
To be awarded to any organization (University, Maritime Academy or other institution) that has advanced maritime education in any aspect, acting as an industry leader developing younger generations in shipping

CAREER4SEA Initiative Award
To be awarded to any organization or association that sparked, initiated, implemented or promoted any idea to either develop or attract new generations in shipping

Submit your nomination by filling in the following form