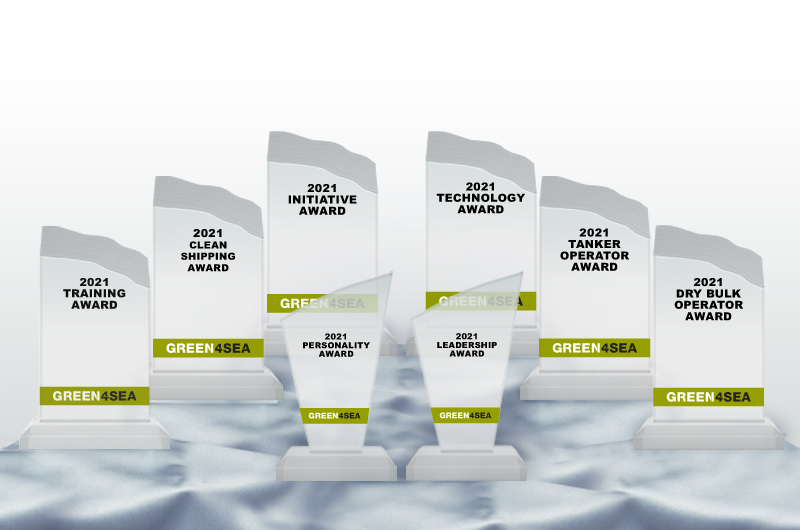 2020 GREEN4SEA Virtual Awards Ceremony due on April the 14th!

In GREEN4SEA‘s commitment to Environmental Excellence & Sustainable Shipping, we are pleased to announce the annual GREEN4SEA Virtual Awards for sixth consecutive year. On April the 14th, GREEN4SEA will make public the 8 winners across 8 green categories. The process to be employed is a combination of open nomination and audience-vote while the presentation will take place at a dedicated special event at the opening of the GREEN4SEA Virtual Forum.

GREEN4SEA Training Award
To be awarded to any organization that provided a significant achievement, breakthrough or contribution in any aspect of Training with respect to environmental and green shipping

GREEN4SEA Initiative Award
To be awarded to any organization or association that sparked, realised, or significantly contributed with a specific initiative towards greener shipping

GREEN4SEA Leadership Award
To be awarded to an individual that provided industry leadership and contributed towards greener shipping throughout his/her career.

To submit your nomination, please fill in the following form